ISAI - Latest News
You are here: Home / News / ISAI Board and Speed Committee Vacancies
Warning: include(/home/iceskatingireland/www/wp-content/uploads/avia_fonts/fontello/charmap.php): failed to open stream: No such file or directory in /home/iceskatingireland/www/wp-content/themes/enfold/config-templatebuilder/avia-template-builder/php/font-manager.class.php on line 488 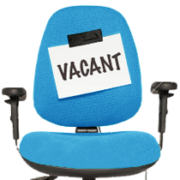 In advance of the Ice Skating Association of Ireland (ISAI) Annual General Meeting on 25 October 2017, ISAI members are invited to make nominations for the following positions:

Board of Directors (One Vacancy)

Nominations must be received in writing, as per the notice of AGM, no later than 5PM, 15 October 2017 by the Vice President, either via email or post.