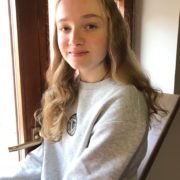 Tkacheva began her competition with the short programme. She attempted a double Axel and landed a double Lutz-double toe loop combination  at the start of her routine. Both a flying sit spin and a change foot combination spin were graded Level 4. She earned a new personal best of 34.15 and stood in 11th place at the halfway point of the event.

The following day in the free skating segment she tried a triple Salchow to open her programme and later on attempted a double Axel. She also included two jump combinations and three other double jumps on their own. All three of her spins received Level 3. Her free score of 56.54 was another personal best and gave her a total of 90.69 points.