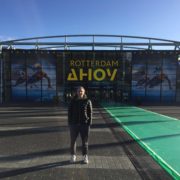 In another first for Irish speed skating, Ryan McAnuff will make his and Ireland’s debut at the KPN ISU World Short Track Speed Skating Championships in Rotterdam, Netherlands this weekend.

The racing for McAnuff begins tomorrow at the Ahoy Arena in the Dutch city. The gruelling preliminary rounds tomorrow will initially see him compete over 500, 1,000 and 1,500 metre distances against skaters from across the globe. The competition continues until Sunday.

“I am thrilled to be representing Ireland again at the pinnacle of our sport,” McAnuff said. “I am honoured to be putting our country on the speed skating map.”

You can follow McAnuff’s progress on the official results page.