ISAI - Latest News
You are here: Home / News / Golding Takes To The Stage At Riga Cup 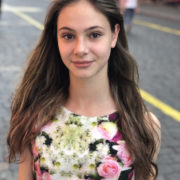 Elizabeth Golding (14) returns to the ice this week when she makes her season debut at the International Skating Union (ISU) Junior Grand Prix of Figure Skating’s Riga Cup in Riga Latvia (4-7 September).

Golding will compete on Thursday 5 September in the short programme and Friday 6 September in the free skating. Her performances will be broadcast live on the ISU’s YouTube channel. The event can also be followed by using the #JGPFigure and #FigureSkating hashtags across various social media platforms.