Conor Stakelum (26) competes at the ISU (International Skating Union) European Figure Skating Championships this week in Graz, Austria (22-26 January). This is the five-time Irish champion’s third consecutive participation at the event following his debut two years ago in Moscow, Russia where he became the first Irish male figure skater to compete in the history of the championships since they began in 1891.

Stakelum will first take part in the short programme which will be held on the morning of Wednesday, 22 January from 11:30am local time (10:30am Irish time). The day prior to the competition a draw will be held to determine his starting order of the 35 men entered. He will perform seven required elements and if his scores place him in the top 24 skaters he will advance to the free skating on Thursday, 23 January.

“I am proud to be representing Ireland at Europeans again,” Stakelum said. “I am looking forward to building on my previous two championship experiences this week in Graz.”

You will be able to follow Stakelum’s progress in Graz live on the ISU YouTube channel, the competition event page and on social media using the #EuroFigure and #FigureSkating hashtags.

The European Figure Skating Championships are being held in Graz for the first time ever, but Austria has hosted on 11 previous occasions. Stakelum will be one of 165 skaters from 33 countries who will participate in the event. Skaters have had to obtain a minimum total technical score in the short programme and free skating in an ISU competition in order to compete at the ISU European Figure Skating Championships. 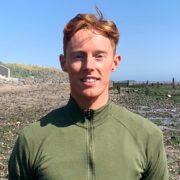 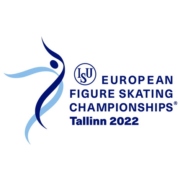 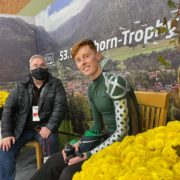 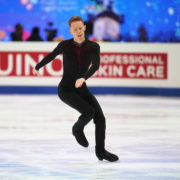